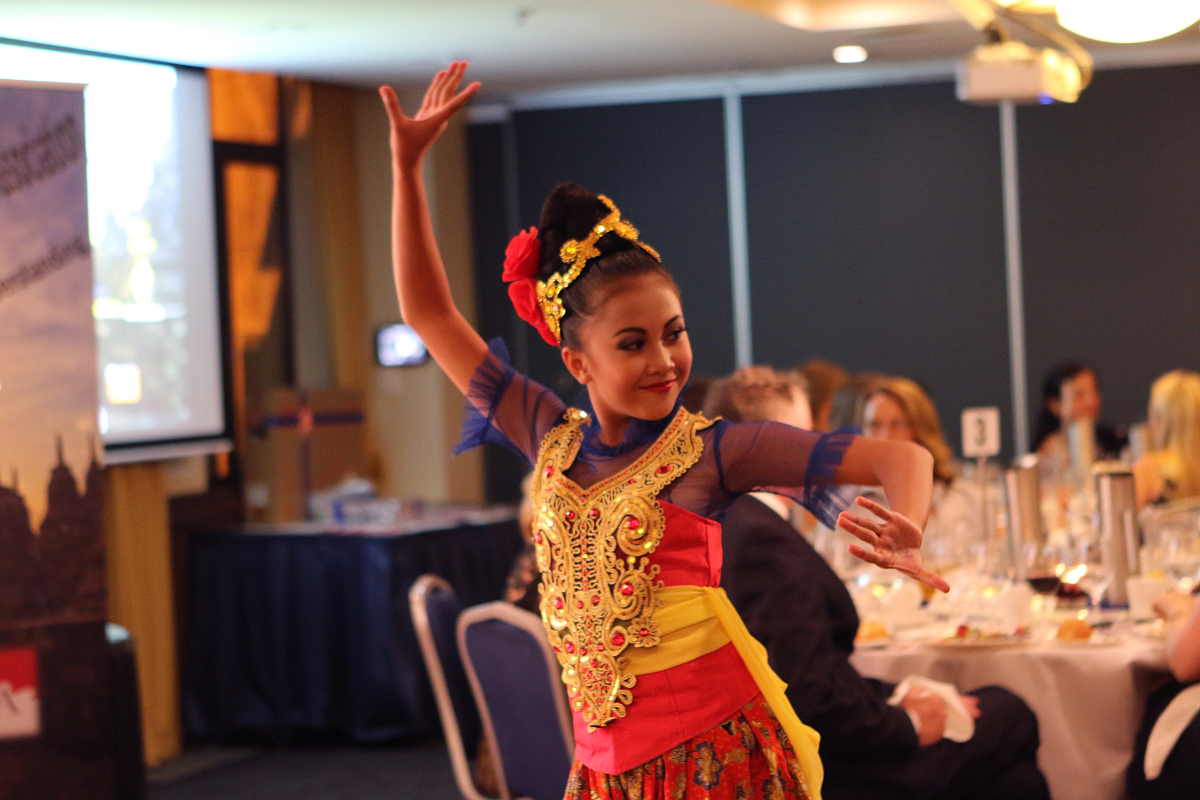 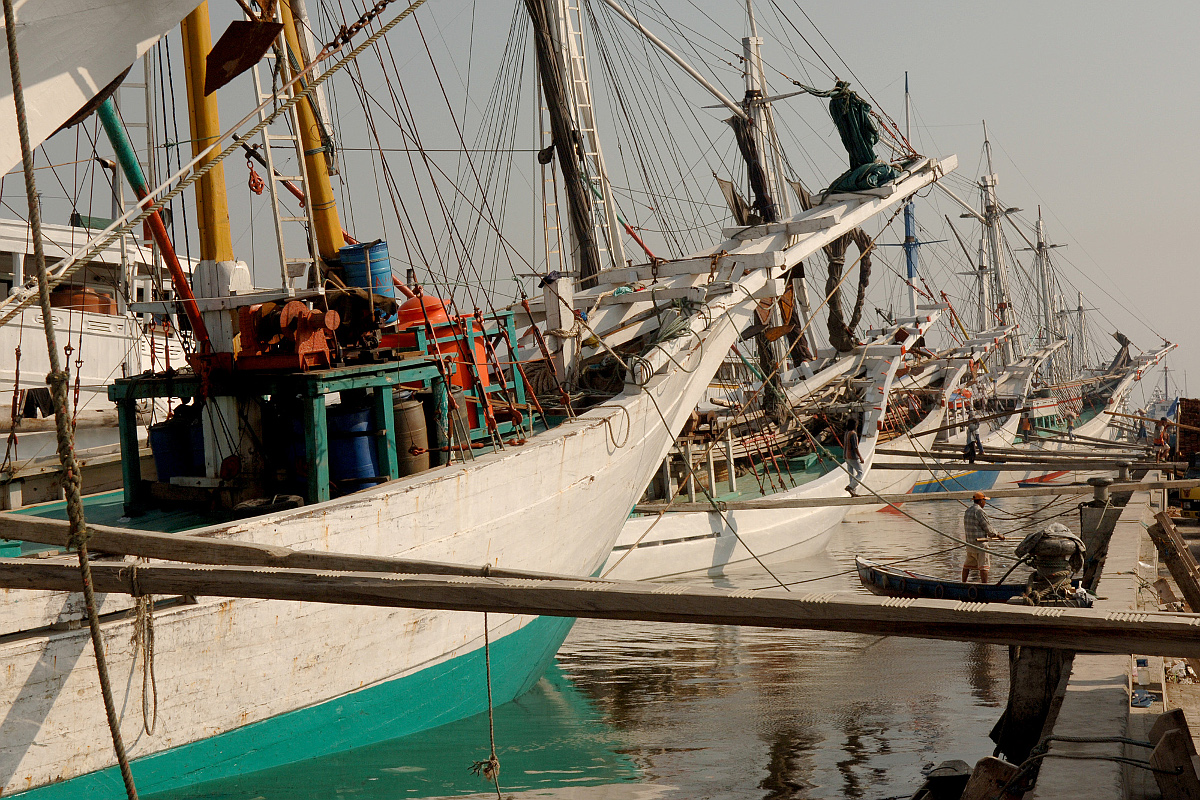 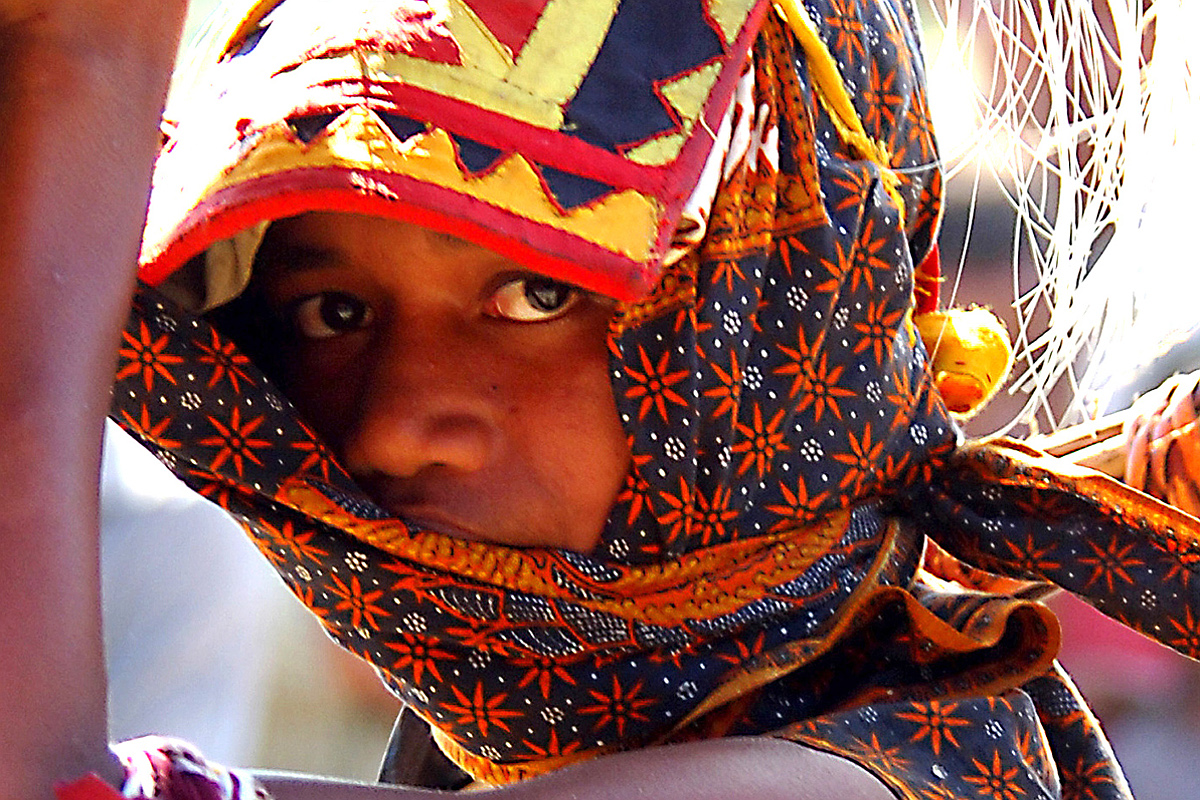 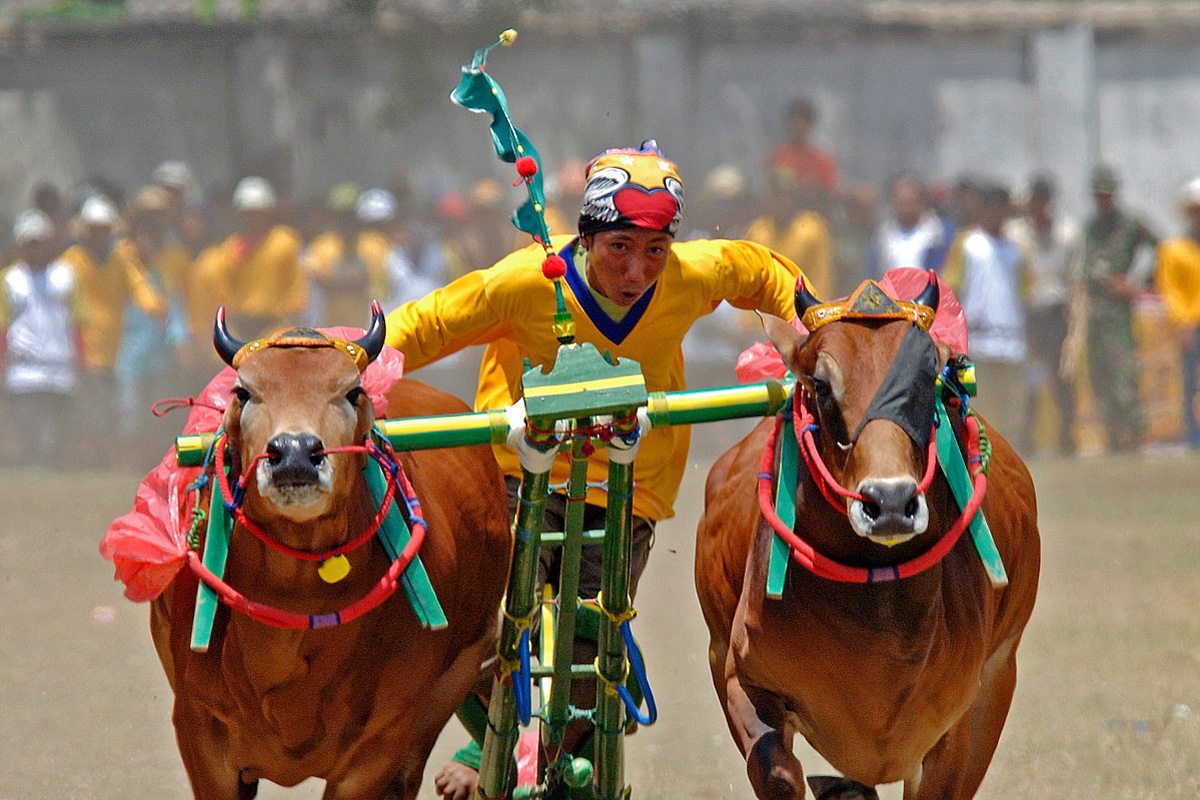 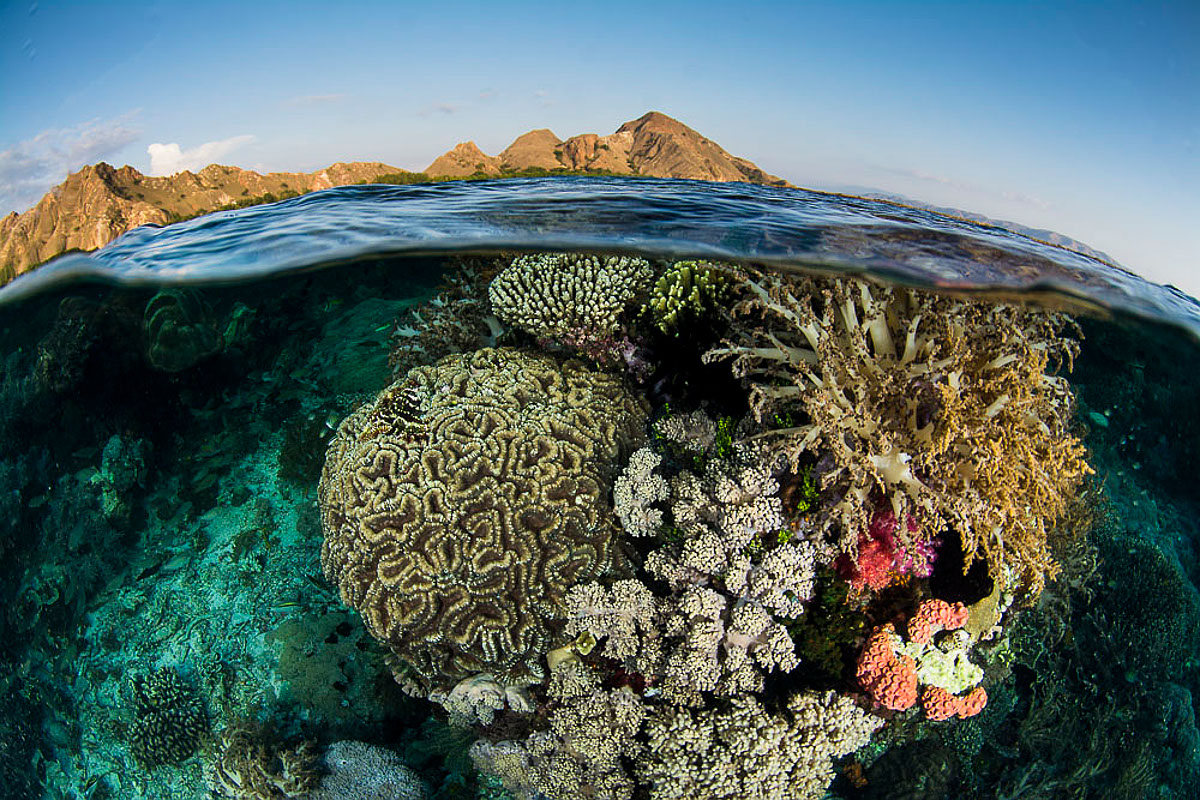 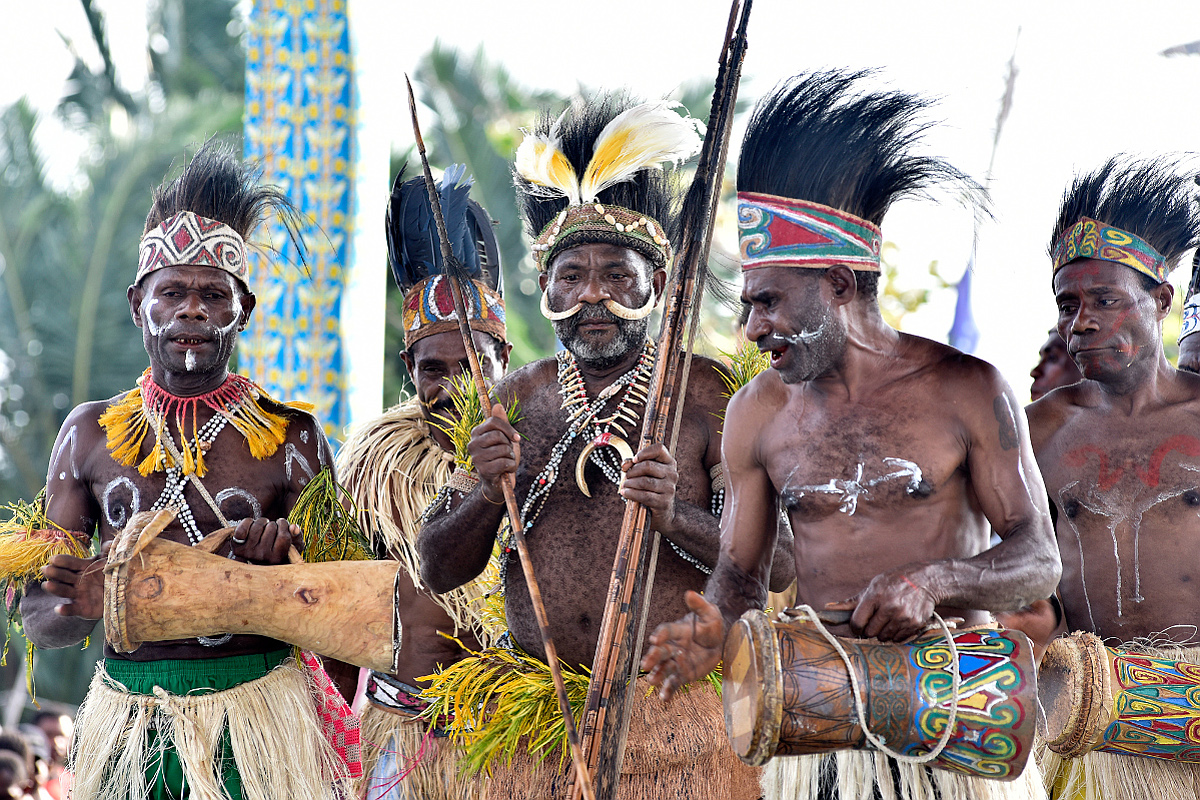 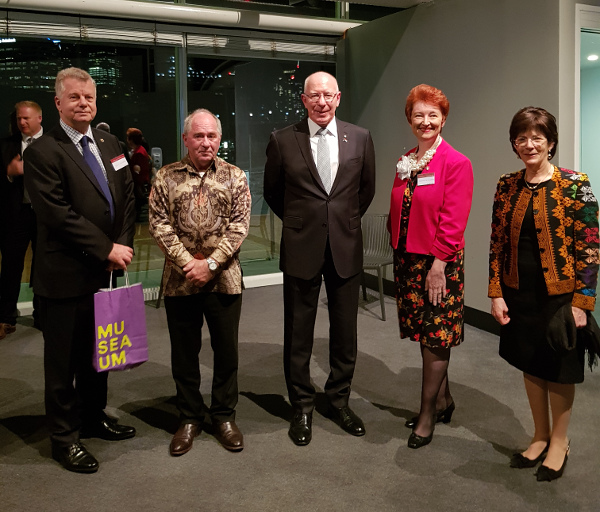 AIA members have lived, worked, traveled or studied in Indonesia – or they plan to.

It includes people who have a fascination for the culture, music and art of Indonesia.

Some members have an Indonesian background and family living there while others have an academic interest in the country.

Whilst most of our members live in NSW, we have members in several other states and in Indonesia.

Everyone with an interest in Indonesia is welcome!

The Australia Indonesia Association was founded in 1945, making it one of the oldest and longest established organizations in the world with an interest in the newly independent country of Indonesia.

This photo shows an early meeting of the AIA at Paddington Town Hall in Sydney in 1946. 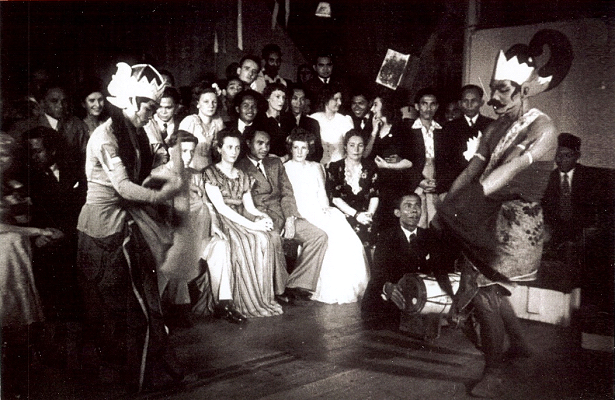 The AIA have a range of activities to cater for the varied interests of our members.

The AIA initiated this national program of annual awards to recognise and honour Australians and Indonesians who have made significant contributions to the greater understanding and friendship between Indonesians and Australians. The awards are made in 3 categories which are different each year. Nominees for the awards are assessed on the basis of:

⦁ Demonstrated excellence in their field;

⦁ Being a role model for others.

An independent Selection Panel selects the finalists and the winner in each category, with the Awards presented at a gala dinner attended by government and diplomatic leaders and dignitaries.

With the onset of the Covid-19 pandemic in 2020, we reached out to our members via Zoom online sessions, held on a fortnightly basis with guest speakers on a range of interesting topics. The sessions are very social, not webinars.

Members get together for regular dinners (where not restricted by Covid-19), and participate in social functions conducted by other Indonesian community groups.

The AIA was founded in 1945, making it one of the oldest and longest established organizations in the world with an interest in the newly independent country of Indonesia. In 2020 we celebrated our 75th Anniversary. We are proud of the history and are working on documenting our achievements over the years.
We also promote discussion and documentation of the history of the relations between Indonesia and Australia.

We issue a weekly email to members and friends of the AIA, informing them of upcoming Indonesian related events in NSW and elsewhere. This is based on information received from various organisations, including AIYA, AIBC, AIA in other states, AIC, ICC.
Our Facebook page continues to attract new members and lots of posts.

The AIA believes strongly that it is important not only to do what we consider right, but to ensure that we do it the right way. Our Committee, including Office Bearers, are all volunteers, elected at the Annual General Meeting each year. They are accountable to the members.

The Committee is elected each year at the Annual General Meeting. This is the current 2021-22 Committee. 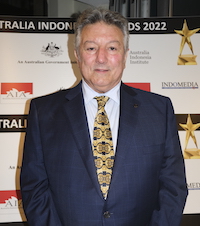 Pat Hanna is a consulting geologist and has worked for over 40 years in Australia, USA, Canada, Alaska, South Africa, Mozambique, Tanzania, India, Bangladesh, Ukraine, Indonesia, Papua New Guinea, China, Mongolia, Thailand, Japan, Philippines and New Zealand. Pat’s first trip to Indonesia was in 1989 and he has worked extensively in the jungles of Kalimantan and Sumatra. He has travelled through Java and Timur for sightseeing. Pat served on the committee of the NSW Branch of the AIBC in 2019 – 2020.

Sri May
Sri’s background is in Accounting, Event, and Data Management, currently running her online business A-I Directory and working for the Australian Dental Association. She was the Admin Officer of the Australia Indonesia Business Council (AIBC) for 9 years. Her involvement in regional business in Indonesia and Australia since 1990 included the organisation of a series of successful bilateral trade shows. She hopes her experience will help her to contribute to the AIA in general and her favourite quote is: “We choose to go to the moon in this decade, and the other things not because they are easy, but because they are hard.” – John F Kennedy 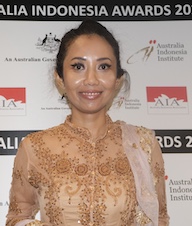 Sofie has over 16 years of experience as a Senior Health, Safety, Security and Environmental (HSSE) Team Leader in international oil and gas companies in construction departments. She holds an Electrical Engineering Diploma, a Master of Occupational, Health and Safety, and a Master of Business Administration (MBA) from University of Technology Sydney (UTS), Australia.

She grew up on a small island in North Kalimantan. She was involved in several charity organizations to educate disadvantaged children while she lived in Jakarta. She loves travelling worldwide and is interested in Australia because it is the nearest western country to Indonesia. Additionally, she met her husband while she travelled to Sydney in 2017.

Sofie joined the AIA NSW committee in May 2021, has served on Communication and Marketing and was elected as Vice President in Feb 2022. 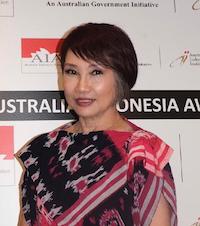 Lucy has retired from her accounting and book keeping career and is now focussed on her volunteer work for several organisations, particularly within the Indonesian community in Sydney. She has been a member of, and held positions in the Indonesian Community Council of NSW Inc (ICC NSW) Committee and the Indonesian Australian Women’s Association. She joined the AIA Committee in 2020. 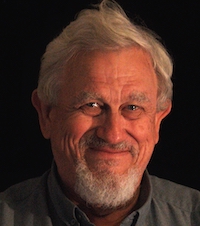 Michael is a retired chemical engineer who has lived in Indonesia for 10 years. His jobs with Dow Chemical there included plant engineer, project manager and operations manager. He has lived in Medan, Cilegon and Jakarta, and travelled widely, from Aceh to Papua. Michael is married to Tini who hails from Siantar in North Sumatra. They have 3 adult children. Michael passionately believes that Australia needs to develop more young people with a knowledge and interest in Indonesia. Hence his interest in the teaching of Bahasa Indonesia in schools. He is also very interested in the history of Indonesia, particularly wherever there is an Australian connection. He visits Indonesia 2 or 3 times a year to pursue various history related activities and to maintain contacts. 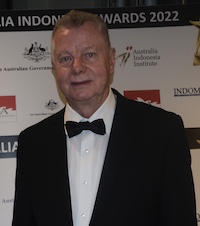 Eric is a former Chartered Accountant and a Certified Internal Auditor. After working in the accounting profession in Australia and the Netherlands he moved to Indonesia in 1980, working in the accounting profession before diversifying to mining consultancy in Indonesia for almost 10 years. He worked with Price Waterhouse Consultants in Indonesia for 2 years and then spent four years as Corporate Internal Auditor for PT Bakrie and Brothers, a large Indonesian public company with diverse interests.

Whilst living in Indonesia, Eric was active in the Jakarta Youth Soccer organization, firstly as a Coach, then a Commissioner and finally Chief Commissioner. He was on the Board of Governors of the Institute of Internal Auditors. Here in Sydney, Eric was a director of the Institute of Internal Auditors and is Director and Company Secretary of the Juliana Village, a retirement and aged care facility in Miranda. 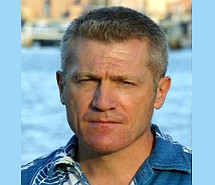 Steve is a journalist and media educator whose association with Indonesia began as a backpacker in 1996.

Since then, he has travelled to Indonesia to work as as media trainer and researcher. In 2012 his book 'Journalism and Conflict in Indonesia: from reporting violence to promoting peace' was published by Routledge.

He joined the AIA NSW committee in 2020 and has served on the communications sub-committee. 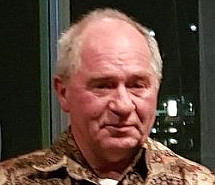 Neil Smith has run his own construction company for over 30 years. His interest in Indonesia started back in 1983 travelling through Indonesia as a tourist, where he met his Indonesian wife in Yogyakarta.

He has been involved with the Australia Indonesia Association since joining in 1985. He became Vice President in 1986, then President the following year. He has served several terms as President and Vice President, and is the current President of AIA. Neil has been an adviser to several organisations including the Department Education’s Asian Studies Advisory Panel, and the NSW Ethnic Affairs’ Asian panel.

He is particularly interested in history, including the history of Australia Indonesia relations, and also the local history of the Parramatta and Blacktown areas. He has been active within the Parramatta Historical Society for many years, has been Vice President of the Blacktown and District Historical Society for 15 years, and President for the last 2 years. 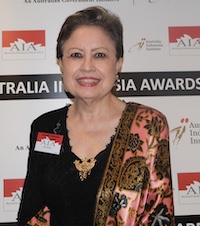 Isla Winarto is Eurasian, with an Australian mother, and Indonesian father, who was one of the Founding members of the AIA in Sydney, in 1945. She has a BA Honours degree in Indonesian language and literature, and a graduate Diploma in Education from the University of Sydney. For the past 37 years, Isla has lived and worked in Jakarta, Indonesia. After graduating, Isla taught Indonesian language and literature at the University of Sydney, and later at Griffith University, Australia. For some years, she was also involved in broadcasting Indonesian language lessons over ABC Radio Australia. From 1985 - 1996, Isla worked at USAID, American Embassy Jakarta, in Indonesian language training, international education and project management. During that period she also acted as the interpreter for Ambassador Paul Wolfowitz, and for Hillary Clinton during the U.S. Presidential visit to Indonesia in 1994. From 1996 until her retirement in May, 2014, Isla was the Country Director for Indonesia of a global company, owned by the Australian universities. In this role, she managed ten offices across Indonesia and also had short-term assignments in South Africa, and as Acting Country Director in HK. In 2003, Isla’s autobiography, entitled Kopi Susu, was published world-wide in the book: Australian Expats: Stories From Abroad. In her spare time, Isla is an active committee member of the Indonesian Heritage Society, Jakarta. She is also the UN Liaison Officer for the Jakarta chapter of Soroptimist International, a global organization for professional women.